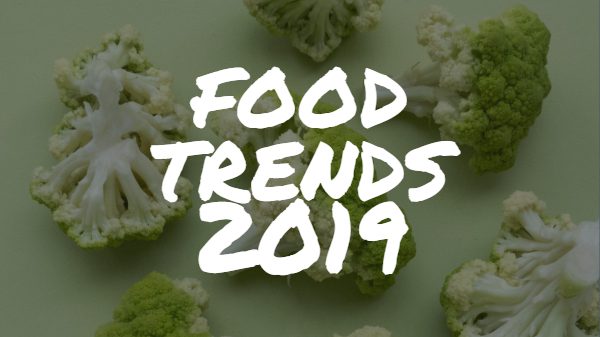 I spend a couple of months at the end of every year poring over all the trend predictions for the coming year. Some of them are so niche that I can’t imagine them taking over in a meaningful way in our produce departments.

But there are quite a few that I think produce buyers need to have on their radar for the coming year.

Let’s start with trends we already know, and their viability going forward.

I think cauliflower will continue to dominate, with more innovation in products and recipes. The masses are aware of the possibilities and are continuing to look for ways to sub out carbs with cauliflower. Cauliflower’s search velocity over the past five years peaked last January, but it’s headed right back up this year. I see no reason it won’t hit a new high as people look for healthier replacements after the holidays.

Based on all the exciting ways mushrooms are being used lately, I can only see this trend gaining ground. Mushroom snacks – who would have thought they’re actually tasty? I tried several at Fresh Summit back in October, and they’re the perfect thing when you want something savory and salty – with a little less guilt.

Cauliflower and mushrooms are part of the wider trend of substituting fresh produce for “bad” things in your diet like meat and carbs. I don’t see that slowing down over the next year.

Those two are easy. Click here for a few more I think are a little off the beaten path, and don’t forget the Food Trend Has-beens.